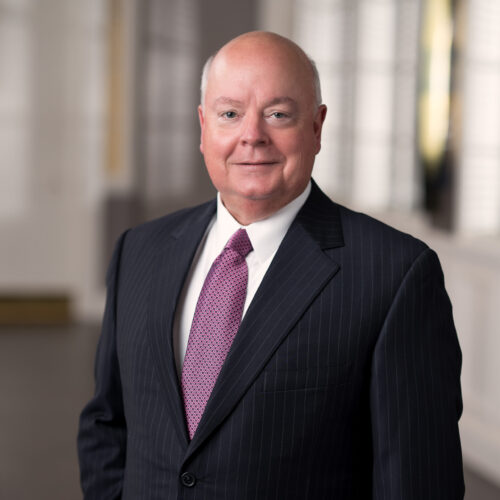 Cary J. Mogerman is one of the most highly regarded divorce lawyers in Missouri and he is well-known to other top family law attorneys throughout the United States. He is a Fellow of the American Academy of Matrimonial Lawyers and serves in a national leadership role as President of the organization. He is a Diplomate of the American College of Family Trial Lawyers, an invitation-only assemblage limited to 100 members throughout the United States; Cary is a member of its executive committee. He is a Fellow of the International Academy of Family Lawyers.

Cary has been listed by his peers in Naifeh and Smith’s The Best Lawyers in America, in the field of Family Law, since 1999. He was named the St. Louis “Lawyer of the Year for Family Law” by this publication in both 2009 and 2019. A trial lawyer, negotiator, and trained family law arbitrator, Cary is listed annually by St. Louis Magazine as one of St. Louis’ “Top Lawyers” for Family Law. The publication Missouri/Kansas Super Lawyers lists him as one of St. Louis’ “Top 50 Super Lawyers” as well as one of the “Top 100 Super Lawyers” in Missouri and Kansas. In 2017, Cary was appointed to a six year term on the Missouri Commission on the Retirement, Removal, and Discipline of Judges, by the Board of Governors of the Missouri Bar.

Cary is a past recipient of the “Roger P. Krumm Family Law Practitioner of the Year Award” of the Missouri Bar Family Law Section. The award is presented annually to one lawyer in recognition of “exceptional competence, skill, integrity, commitment, and dedication toward the improvement and advancement of the practice of family law.”

Cary believes a skillful divorce lawyer keeps the case moving forward and resolves it capably and in a dignified manner with minimal animosity and acrimony. “It doesn’t take any particular skill to pour gasoline on hot coals and make it go ‘boom!’ Anyone can do that,” Cary says. “The true challenge, and the art of family law advocacy, is preventing that ‘boom’ from happening whenever possible.” Cary’s clients find him to be a strong advocate and assertive in a manner that is not unnecessarily provocative in the already difficult environment of a divorce. He is accessible and responsive to his clients by phone, cell, and email. His even temperament has helped guide many clients through the challenge of a divorce over the years. He appreciates that each family is different and requires an approach tailored to its specific needs to reach a successful resolution.

Cary enjoys teaching, as well as professional speaking and writing, and serves annually on the faculty of the “ABA Family Law Trial Advocacy Institute,” an intensive eight-day family law trial school offered in Boulder, Colorado, to lawyers from all over the U.S. by the American Bar Association Family Law Section. He has taught at the “Institute for Family Law Associates” of the American Academy of Matrimonial Lawyers since 2007 and is the co-chair of this national program for family law attorneys. He lectures on a wide range of family law topics for local and national organizations such as the American Academy of Matrimonial Lawyers, the Association of Family and Conciliation Courts, the Missouri Bar, the Missouri Judicial College for Trial Court Judges, the University of Missouri, the Bar Association of Metropolitan St. Louis, the St. Louis County Bar Association, the Land of Lincoln Legal Assistance Foundation, and just about any other legal or other organization that invites him.

Cary has co-authored many articles for legal journals and continuing legal education programs. He has also co-authored two chapters in the Missouri Bar’s deskbook entitled Missouri Family Law: “Characterization and Division of Property in Divorce” and “Conflicts of Law,” and has co-authored an informational book about divorce law for lay people entitled A Guide to Divorce in Missouri: Simple Answers to Complex Questions (Addicus Books 2017).

Recognizing that negotiation skills are a critical complement to courtroom skills, Cary has completed several negotiation skills training programs offered by the AAML in partnership with the Harvard Law School Program on Negotiation and in 2020, he completed training in Family Law Arbitration by the American Academy of Matrimonial Lawyers, and is available for arbitration engagements.

In addition to his divorce practice, Cary maintains an interest in appellate practice, having briefed and argued nearly thirty appeals in Missouri appellate courts.

A past-president of Congregation Temple Israel in St. Louis, Cary is married and the father of three adult children.