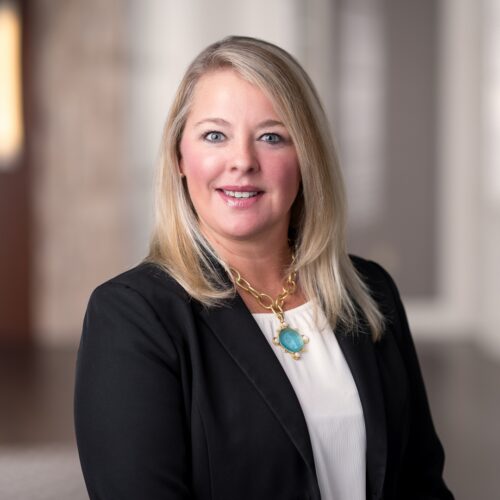 Ryann Carmody concentrates her practice in civil litigation. She has successfully tried employment discrimination and condemnation cases. She has also successfully represented students in Title IX cases across the entire state of Missouri.

Ryann, alongside her father Jerry, received the 2017 “Legal Champions” award from Missouri Lawyers Weekly for their success representing a Catholic priest in a child sexual abuse case, in which the two-week trial ended with a verdict in favor of their client after an hour of deliberations.

She was also recognized by St. Louis Business Journal as a member of their “40 Under 40” Class of 2017 for her success representing the City’s Land Clearance for Redevelopment Authority (LCRA) in acquiring a 100-acre site in North St. Louis to keep the National Geospatial-Intelligence Agency (NGA) in St. Louis, one of the largest projects the city has ever undertaken.

Prior to joining the firm, Ryann served as an Assistant Circuit Attorney for the City of St. Louis for nearly 10 years, during which time she prosecuted hundreds of serious felony and misdemeanor cases, served as lead counsel in numerous felony jury trials, and earned numerous awards for excellence in prosecution. Earlier in her career, she was a Law Clerk for the Honorable Sherri Sullivan of the Missouri Court of Appeals, Eastern District.

A native of St. Louis, Ryann earned her J.D. from Saint Louis University School of Law. She earned her B.A. and B.S. from Northwestern University in Chicago, where she also played Division I field hockey and received the Academic Excellence and Athletic Excellence Award.

Ryann has been committed to the Corporate Achievers Campaign for the National Multiple Sclerosis Society for over a decade.