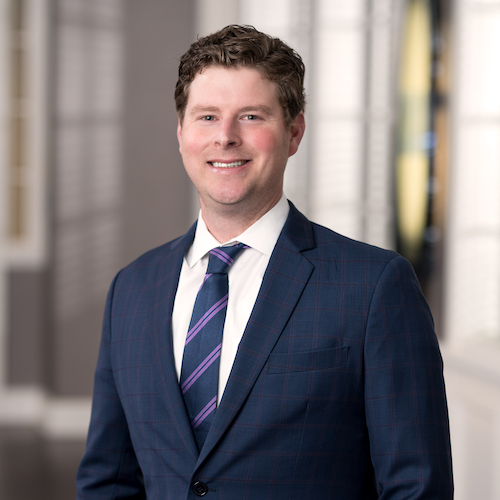 Patrick G. Carmody focuses his practice in the area of civil litigation. He joined the firm in 2015 after nearly five years as a Senior Prosecutor at the St. Louis Circuit Attorney’s Office. Since joining the firm, Patrick has collaborated with clients to effectively and efficiently resolve numerous condemnation and business litigation matters. Patrick is recognized in the 2021 edition of “The Best Lawyers in America” in the area of Commercial Litigation and, annually since 2017, as a Rising Star by Missouri & Kansas Super Lawyers®.

While at the Circuit Attorney’s Office, Patrick prosecuted hundreds of serious felony and misdemeanor cases. In addition to serving as lead counsel for 27 jury trials, Patrick also handled numerous high profile cases. He was also appointed Misdemeanor Trial Coach in 2014 and was awarded the Trial Star for Jury Trial Excellence in 2013.

Patrick served as a founding member of the Young Professional’s Board for the Little Bit Foundation and currently participates in the Corporate Achiever’s Campaign for the Gateway Chapter of the National Multiple Sclerosis Society. Recently, Patrick and other young professionals in the St. Louis area founded The Young Friends of The Backstoppers to expand their ability to provide financial assistance and support to the spouses and dependent children of all police officers, firefighters, volunteer firefighters, paramedics, and EMTs who have lost their lives or suffered a catastrophic injury performing their duties.