Insights > Articles by Our Attorneys

Is Your Insurance Company Refusing to Pay Out a Claim? 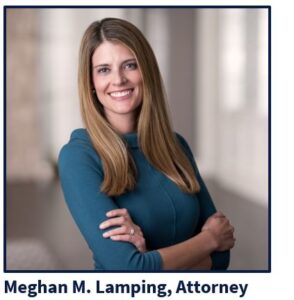 – Responsible business owners and companies understand they face risks every day. To manage – and potentially mitigate – those risks, companies purchase insurance. In exchange for sometimes hefty premium payments, companies expect their assets to be protected in the event of a claim for damages or a lawsuit.

In fact, companies turn to their insurance carriers for help in many situations. Companies may look to their insurance carrier if they experience property damage or are dragged into a lawsuit alleging claims of negligence or unworkmanlike performance. In these types of situations, companies expect their insurer to step in and either pay out a claim for damages or settle a lawsuit. When an insurance company balks at paying out a claim or settling a lawsuit on the company’s behalf, that company is, understandably, frustrated.

For instance, in Missouri, an insurance company can be liable for causing damages to its own insured if it “vexatiously” refuses to pay claims covered by its policy. Damages, including attorneys’ fees and monetary penalties, can be awarded when an insurer’s refusal to pay a claim is determined to be “vexatious and without reasonable cause.” The statutory protections exist, in part, to incentivize insurance companies to pay legitimate claims without litigation.

Additionally, an insurance company can face tort liability, including punitive damages, if it unreasonably refuses to settle a claim or lawsuit against its insured. In Missouri, an insurer runs the risk of a legal liability where, in bad faith, it assumes control over a legal proceeding against its insured and refuses to settle a claim within insurance policy limits after the insured has demanded that the claim be settled. Missouri courts describe “bad faith” as “the intentional disregard of the financial interest of the insured in a hope of escaping responsibility imposed upon the [insurer] by its policy.” Again, the purpose of these laws is to encourage insurance companies to settle cases or claims covered by the policies.

To be sure, the penalties and awards of damages ordered against insurance companies, where liability is found, are not insignificant. Litigation against an insurance company is expensive and courts often recognize this burden when they award litigants tens or hundreds of thousands of dollars in attorneys’ fees. Damages awarded to an insured – apart from attorneys’ fees – can similarly be significant. In 2013, a Missouri court of appeals affirmed a jury’s verdict of more than $6 million in favor of an insured over its insurer where the jury “apparently believed the refusal to pay the claims or make a determination of coverage was unreasonable.” In another Missouri case, an insurer was ordered to pay its insured more than $900,000, including punitive damages, for denying a claim and defaming the insured by claiming – incorrectly – that the insured had burned down his own house.

It’s obviously important to mitigate risks in business by having the proper insurance coverage. It’s also important to remember insureds have legal protection when working with insurance companies not acting in good faith. Specifically, the existing applicable laws and stiff penalties associated with running afoul of the purchased protections.

This article was originally published in St. Louis Construction News and Review on February 17, 2022.

Meghan M. Lamping is an attorney at Carmody MacDonald and focuses her practice in the areas of general civil litigation. Contact Meghan at [email protected] or (314) 854-8676.

This column is for informational purposes only. Nothing herein should be treated as legal advice or as creating an attorney-client relationship. The choice of a lawyer is an important decision and should not be based solely on advertisements.